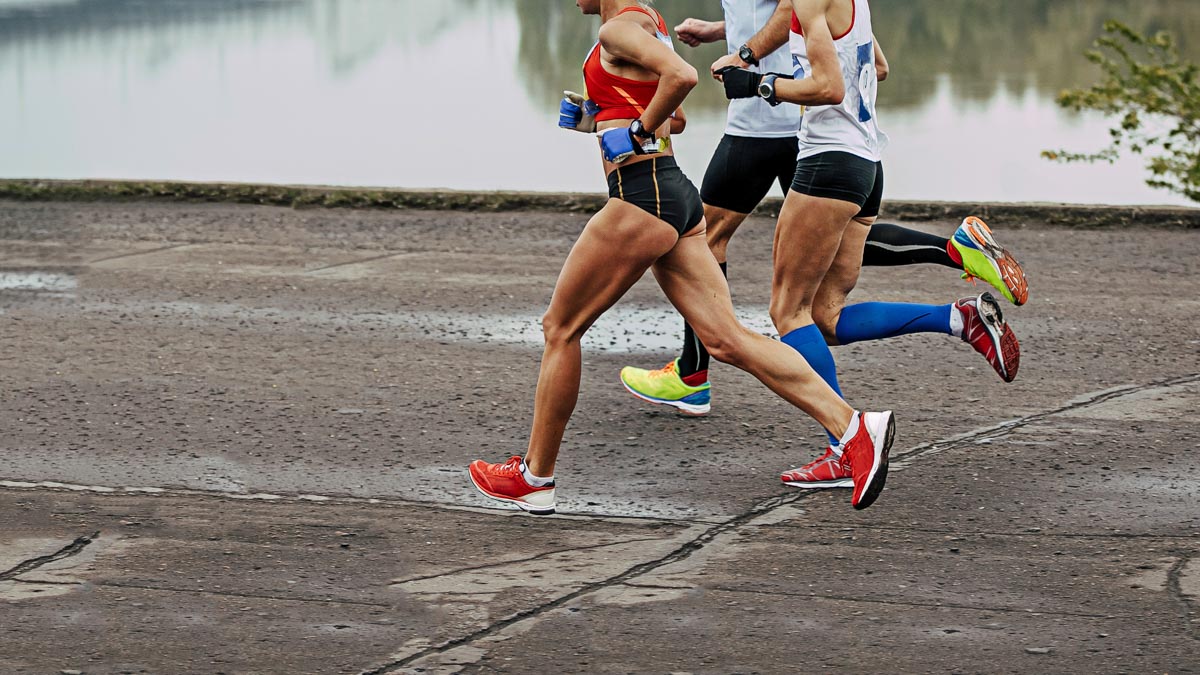 How Endurance Athletes Can Use Caffeine More Effectively

Caffeine loading—some athletes love it, some athletes refuse to do it. Here are the recent studies on training while caffeinated.

Caffeine is one of the world’s most popular and oldest stimulants. Unlike new-fangled powders, pills, and potions created in a lab, it’s one of nature’s bountiful gifts, being naturally present in coffee beans, tea leaves, cocoa and more. Runners, cyclists and other athletes have long known that caffeine can give them a helping hand, but their experiences are largely anecdotal. In this post, we’ll take a look at some of the science behind caffeine as an ergogenic aid, suggest some coffee alternatives and explore when good caffeine experiences can go bad, so you can better guide your clients to using caffeine effectively.

The Performance Benefits of Caffeine

Much like creatine and whey protein, the performance effects of caffeine have been thoroughly researched. A paper released via the Journal of Science and Medicine in Sport had caffeinated and non-caffeinated runners race a 5K course. Well-trained caffeinated runners improved their finish time by 1.1 percent, while recreational runners saw a one percent boost. This might not seem like a lot, but if one of your athletes would normally run a 5K in 25 minutes, this would mean they’d complete it around 15 seconds faster if they experienced the same effect.

One possible explanation for such a positive impact on performance is that caffeine seems to reduce athletes’ perception of effort – in other words, it makes it feel easier to run or ride a certain distance at a given pace than it would be if doing so without caffeine. A group of Japanese researchers found that coffee-drinking cyclists reported significantly lower RPE (rate of perceived exertion) after a 60-minute training session than those who hadn’t drank any. The mechanism for such an effect might be similar to how caffeine makes you feel less sleepy by binding to adenosine receptors in the brain.

Caffeine not only affects how hard or easy athletes perceive a certain training session to be, but can also enable them to improve their results. A classic study published in The BMJ found that drinking coffee before a 1,500-meter run reduced the total time, increased the speed of participants’ finishing kick, and elevated their VO2 max. There has since been a lot of debate about such results and some studies that contradict them, but caffeine does have the potential to move the needle in the right direction for your clients.

Your athletes might want to consider combining pre-workout carbs with caffeine, if the results of a study published in Medicine & Science in Sports & Exercise are anything to go by. The authors had one group consume this combination, another water and another carbs before a cycling time trial. They found that the caffeine-plus-carbs riders improved their performance by nine percent compared to water alone, and by six percent compared to the carb loaders.

How much caffeine should your athletes take and when?

So what is the sweet spot for your athletes’ caffeine consumption? A 2019 review published in Nutrients surveyed previous studies and concluded that, “Current guidelines recommend the ingestion of low-to-moderate doses of caffeine, ranging from 3 to 6 mg/kg [of bodyweight), approximately 60 min prior to exercise to get these improvements.” So if you have a 175-pound client, they might need to ingest between 240 and 480 milligrams of coffee an hour before training or racing, whereas a 110-pound athlete might require somewhere between 150 and 300 milligrams.

To put this into context, an eight-ounce cup of coffee contains an average of 95 milligrams (although studies of coffee shops’ staple drinks show that this varies significantly), whereas a double shot of espresso contains around 80 mg (again, this is just an estimate). So-called energy drinks are popular with some athletes but again, their caffeine content is variable and the high amounts of sugar and the presence of ingredients like taurine can be undesirable.

Another option is caffeinated pre-workout supplements. As with any such product, guide your clients toward those that have a seal of approval from NSF Certified for Sport® or Informed Sport protocols so that they’re batch tested to be free of contaminants and banned substances. Speaking of which, caffeine is not banned by the World Anti-Doping Agency (WADA) but is on its monitoring list, meaning that its effects are being investigated.

The recommended caffeine intake range is pretty wide, so it’s probably prudent to suggest that your athletes start at the low end of the scale. Not least because consuming the maximum recommended dose could mean intaking more liquid than some of your athletes might want sloshing around in their stomachs while they’re trying to perform.

How much caffeine is too much and should my athletes cycle on and off it?

As you probably know all too well, long-distance competitors often struggle with digestive issues during long races. Consuming excess caffeine – either in a single dose or putting multiple servings too close together – can exacerbate tummy troubles or create new ones, so you need to advise your athletes to be cautious in their dosing. Taking on too much caffeine can also lead to other distressing symptoms like a fluttering heartbeat, jitters and feelings of anxiety.

The tricky thing here is that there’s no one-size-fits-all recommendation you can give your clients for how much of the good stuff is excessive. It can vary by their size (in theory, greater blood volume should equal more caffeine tolerance, but as with alcohol, this isn’t always the case), hydration level, and how much caffeine they’re used to. So the best advice you can give is to ingest the minimum amount needed to make a difference, and to back it off a bit if they experience adverse effects.

In recent years, there has been a lot of hype about only using caffeine occasionally because some people claim that doing so will amplify its performance benefits. However, a commentary published in Sports Medicine stated that, “at present the evidence base exploring both caffeine habituation and withdrawal strategies in athletes is surprisingly small.” With this in mind, there’s no evidence-based reason to suggest that any of your athletes cycle on and off caffeine, unless they experience any adverse effects.

Some of your clients might complain that they don’t like the taste of coffee. In which case, you could suggest that they try a few different kinds of tea. Good old english breakfast, chai, and other varieties of black tea don’t pack quite as heavy a punch as coffee but still have a decent amount of caffeine. While the exact quantity in black tea varies quite widely, the average eight-ounce cup contains 47 milligrams of caffeine. If your athletes want to get a bit more adventurous with their tea tasting, pu-erh and oolong have just a little less caffeine than black tea, and so could be good options.

Should some members of your training group need a calorie boost as well as a caffeine fix, dark chocolate can be a handy choice. Much like tea, the exact amount of caffeine varies between brands and types but averages around 12 milligrams per ounce. If your athletes prefer a creamier taste, let them know that milk chocolate – which typically has nine milligrams of caffeine per ounce – is a reasonable alternative.

If one of your athletes is on the go, miles from anywhere and there’s not a shot of espresso, cup of Joe, or any other liquid caffeine in sight, suggest that they pop a piece of Run Gum or an equivalent product. While it doesn’t offer the same sensory satisfaction as drinking a warm mug of coffee or tea, caffeinated gum will still provide a sufficient dose to deliver the previously mentioned performance benefits. If you’re coaching trail runners or riders who will be regularly heading out into the back of beyond, they could also consider investing in a portable solution like the Nanopresso, which can deliver a double shot before they begin a long run or ride.

About Phil White
Phil White is an Emmy-nominated writer and the co-author of The 17 Hour Fast with Dr. Frank Merritt, Waterman 2.0 with Kelly Starrett, and Unplugged with Andy Galpin and Brian Mackenzie. Learn more at www.philwhitebooks.com and follow Phil on Instagram @philwhitebooks.
#PHYSIOLOGY#SCIENCE