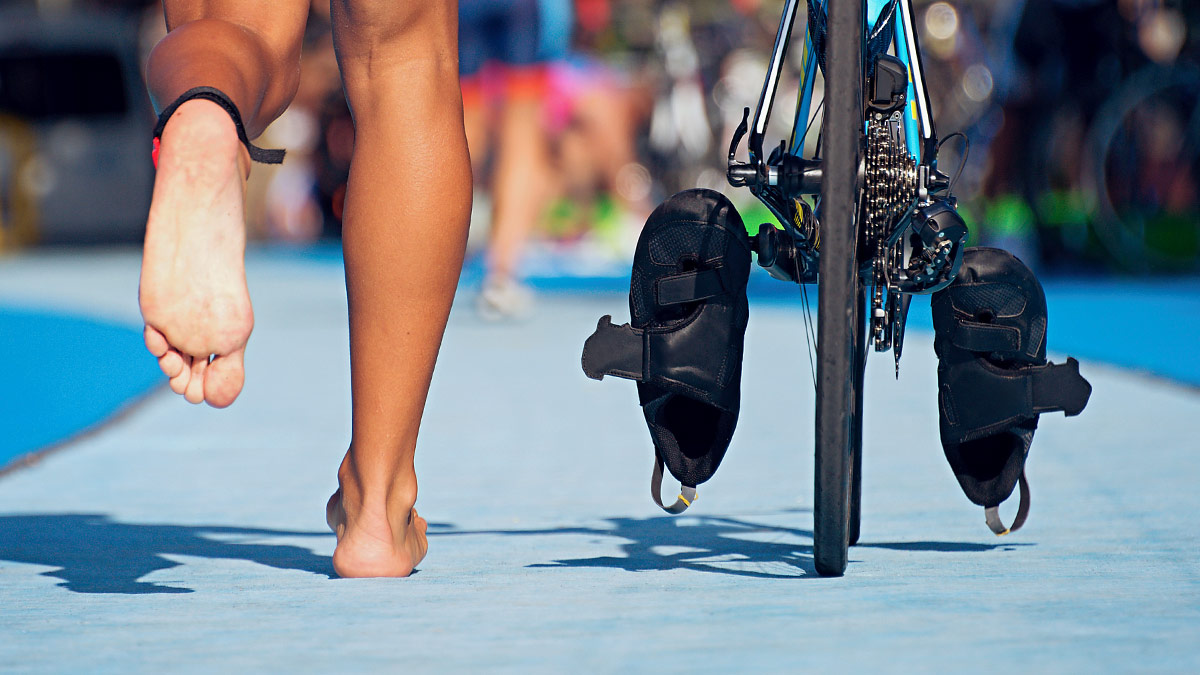 Triathlon is One Sport

Treating triathlon as three different sports could be holding you back from your best performance. Level III British Triathlon Coach Nick Busca teaches you how to integrate your triathlon training into one discipline.

We usually look at triathlon as the composition of three very different disciplines, but that’s far from the truth. Triathlon is one sport. It is not swim + bike + run, but swim-bike-run: a discipline that is more than its mere parts. Approach triathlon this way, and you’ll be able to unlock success in an exceptional and unique sport.

“Sometimes we forget that triathlon is one sport,” says triathlon and swim coach Dan Bullock of the London-based Swim-For-Tri. He describes the swim portion of triathlon as a “blessing and a curse.”

“As you improve your swimming technique, you get faster. But you also need fitness, stamina, and strength,” he says. That means that spending a lot of time on technique could steal the time you should spend on building fitness — but without good technique, the improvements could stagnate.

Bullock points out that, in his experience, the most important point to solve is “the problem of the legs. Personally, I would take a perfect leg kick over a perfect catch,” he says. “Even with a wetsuit, you could still create a lot of drag by kicking badly, no matter how strong your catch is.”

Bullock tends to work “from the legs up,” but he doesn’t want to make people faster through a strong leg kick. He does it by making the kick technically sound, and then he builds fitness on top of that. “If the leg-kick is technically correct, it won’t be tiring, but you’ll still be faster,” he says.

Bullock approaches every triathlete differently and tailors the training to their specific goals. He believes that different training methodologies also work, even those with a lot of focus on functional fitness. But he warns of the risks involved if there’s no attention to the fundamentals.

“It’s a fine line,” he says, “And there could be some damage done if you’re not careful. That’s the interesting thing about triathlon: there is always a trade-off and a compromise.”

When the swim portion of a triathlon is finished, the race is far from over. And finding the correct way to bike-for-tri is the second riddle triathletes face.

“Bike for show, run for dough is preached by every coach in the world, but I still feel that too many coaches don’t practice what they preach,” says sports scientist and triathlon coach Carson Christen of Torden Multisport. “Everyone is so fixated on their power numbers or on high cadence. And that came up just because of Lance Armstrong. Before that, Eddy Merckx and even Indurain were pedaling at 80 rpm, even in the mountains and time trials.”

“A session we often do to target lower cadence is the 30 x 1 minute at threshold (with one-minute rest) but at 50 rpm,” says Christen. “A lot of the cadence work is done on the turbo, as it can be hard to be done outside.” But a good alternative is doing lots of hills reps on the bike, as hills are the best environment to target a higher power at a lower cadence.

Assuming you’ve got on the bike relatively fresh and you have not pushed too hard on it, the run is the moment of truth. That’s where races are won or lost most dramatically.

“Unlike runners, triathletes are running with tired legs,” says James Beckinsale of the London-based Optima Racing Team. “Therefore, ensuring you are holding good form from the first step is crucial.”

Beckinsale points out that the run’s strength endurance is one of the most important characteristics of running for triathlon. That’s why he focuses his athletes’ training “on strength endurance work like hills, hills with a weighted vest, and hills with strength exercises in between reps. Obviously, in the pre-race season, getting the guys to run off the bike consistently really helps them mentally.”

Differences apply depending on race length, of course. In short courses, athletes need to handle the stress and pain of the higher intensities. “Using the track and hill work will induce pain via lactate build-up,” he says. For long races, on the other hand, he coaches athletes to “stay in the game mentally using mindfulness.” That helps them to stay focused and not spiral into negative thoughts. Long runs and extended strength endurance via Yasso 800s or multiple 5k reps are all the go-to sessions Beckinsale uses for long-course athletes.

No matter the approach you’ll decide to take — one more focused on technique or one on functional fitness — don’t forget that the three disciplines are always intertwined. The swim portion will affect the bike (and the run), and the bike will impact the run. Structure your swim-bike-run training with this in mind, and you’ll be on track to become a well-balanced triathlete.