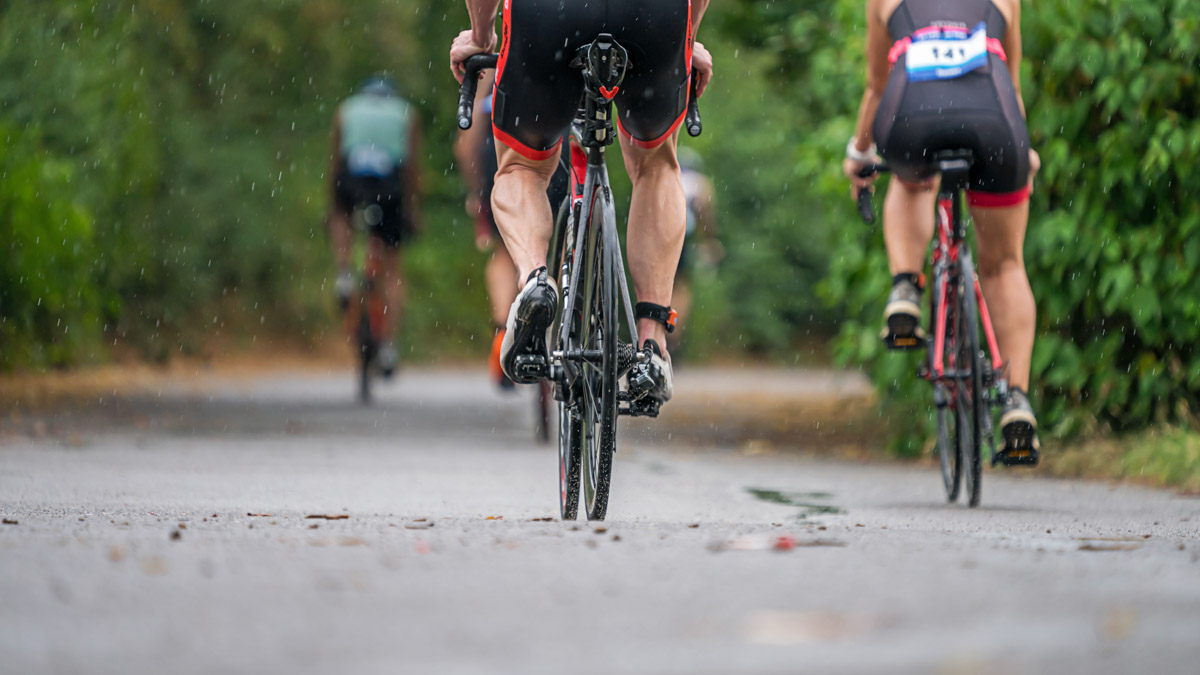 The super-fit tri stereotype can be both motivating and debilitating. British Triathlon Coach Nick Busca reminds us that stronger is better than sleeker.

When I lined up for my first triathlon, the whole experience was overwhelming. Not only was there a lot to prepare for and think about, but the other competitors were quite intimidating. They had fast-looking bikes, and they appeared much fitter and faster than me. I had a simple road bike with entry-level wheels, and, unlike the majority of the other racers, my legs were unshaved.

I was surprised when, in the run (an undulating 5K through the woods), I was overtaking many fast-looking people and leaving many others behind. “Wow, did I beat that super-fit guy?” I thought at the end. That was the ”aha moment” when I realized that looks ain’t everything in triathlon.

”It’s in the DNA of triathlon: to look good, to have the latest gear, and not only because it gives athletes an edge in performance, but because it’s cool. A lot is about appearance,” says high-performance triathlon coach and former professional Joseph Spindler.

”It’s almost intrinsic in the sport,” he says, “because triathlon is a sport for super-fit athletes, and the tradition of the underpants run in Hawaii (that takes place the week ahead of the Ironman World Championships) is also a showing off that triathletes are the fit ones.”

On top of the look, there is the spending power of triathletes. According to a 2015 survey, the average household income of IRONMAN participants was $247,000. And USA Triathlon says that the income for all athletes (including participants for short distance races) is around $126,00. That would also help to explain triathletes’ love affair with gear.

Finally, when it comes to the never-ending quest for the perfect technique in swim-bike-run, do not overestimate the power of social media. ”If I look at my athletes,” says Spindler, ”most of their knowledge and inspiration comes from the socials. They follow Jan Frodeno or Lucy Charles-Barcley, and they see what they do, and then they want to do the same. Because if that works for a professional, then they think it may work for age groupers as well.”

However, despite the sometimes tricky task of coaching athletes in the look-good vortex, Spindler also believes that ”as a coach you need to make it work for them. If you can use the desire to look good for good performance, then it’s great. The only thing I make sure of is that they do not hurt themselves in the process. But that would be different for professionals. With them it is more about performance than appearance, and you compromise less.”

Stronger is Often Better than Slender

Even Susan Pugh, a high-performance tri-coach and rehab therapist for the British Royal Air Force (RAF), says that when she started in the sport, she was ”more body-conscious. I was looking at the sleek, slender, and fit individual, anticipating that they were going to win. But it wasn’t that case at all. Actually, the stronger individuals had more success.”

Pugh believes that things have changed over the last 10-15 years, but she also thinks that triathletes still think they need to look a certain way to be part of the group. ”And that is also true for male athletes. Many male athletes are body conscious as well and wouldn’t, for example, wear a trisuit in a race, although more convenient. They would rather wear a baggy t-shirt because they feel more confident.”

Instead of focusing on appearance and being lightweight, Pugh believes triathletes should concentrate more on their physical strength. “Particularly in the long-distance races,” she says, “your lungs and heart can keep going, but your body and muscles would break down if you’re not strong enough.”

To help athletes in this process, Pugh both addresses the correct strength and conditioning work for the sports requirement and then uses real-world examples. “If you look at Lionel Sanders, for example, he is no skinny weight. He is a muscular guy, but strong and powerful,” she says. “What I often tell athletes is that you need to prepare your body for triathlon, not do triathlon to get fit. I look at their plan from the injury prevention point as well. But it’s not about going to the gym and lifting heavy weights. A lot of the work we do is done with bodyweight, but they would be able to compete regardless of their body shape and size.”

Whichever path you take, whether one that emphasizes strength and conditioning, or focuses more on functional strength included in each discipline, remember that great performance lies beyond appearance. Over many years of endurance sports and steadily increased volumes, you may end up looking more like an endurance athlete, but that is not the goal in itself; instead, that’s the outcome.

The bigger goal in triathlon and endurance sports should always be to build health and strength first. Only then, when you have built upon these two pillars, can you achieve a specific breakthrough in triathlon. That will come more naturally, and you’ll enjoy the sport even more.