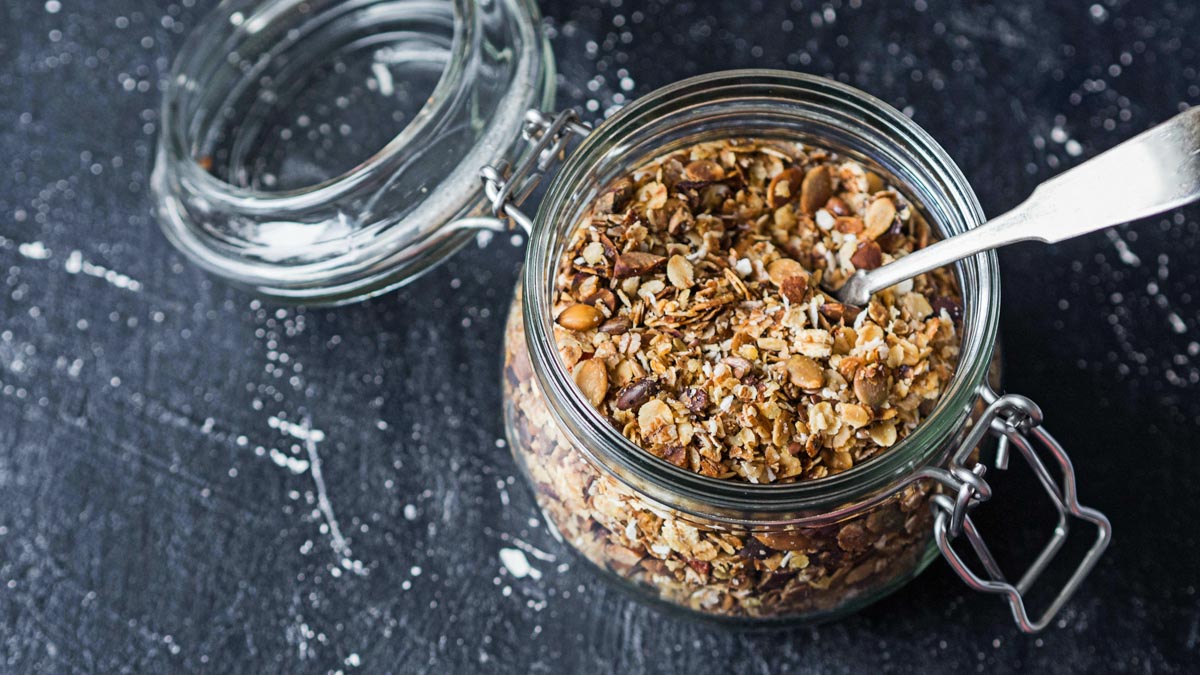 4 Reasons You Should Eat More Fiber

No matter what your diet looks like, chances are you could use more fiber. Here’s why fiber is crucial to a healthy, happy body.

Growing up in England, my father would always tell me I needed to eat whole wheat bread instead of the gooey white kind that makes the perfect peanut butter and jelly sandwich because the former had more “roughage.” He was implying this roughage would be good for me, while, for some reason, the latter wouldn’t. What he was really talking about was the fiber content of the two different options, and ever since, I’ve instinctively picked whole grain options when they’re available, eaten plenty of fruit and vegetables, and, more recently, taken to making oat-based homemade granola with my 11-year-old son. Partly because I like the taste of such things and also because of the roughage (thanks, Dad).

Yet in the performance community, certain factions have declared war on some of these food types. They’re OK with vegetables, but most fruit is allegedly too high in sugar, and grains cause inflammation, brain fog, and myriad other issues. While it’s tempting to go into full JP Sears mode here, I think you’ll find it more helpful if I simply state that you need adequate fiber no matter what your approach to nutrition is. Here are some of the reasons why.

1. Fiber is Crucial for Gut Health

While it sounds a little odd, your body is home to millions of microscopic living organisms. Together, these bacteria, fungi, microbes, and more make up your microbiome. The majority of these microorganisms reside in your gut, including 300 to 1,200 kinds of bacteria. In recent years, researchers have discovered that these are involved in regulating hundreds of bodily processes. These don’t just include obvious functions like digestion and energy metabolism but also sleep, hormone regulation, and perhaps even mental health.

A review published in Nutrients concluded that four of the five major studies evaluated found a link between increasing dietary fiber intake and greater microbiota diversity. They suggested that this might improve your metabolic regulation and, according to other research, improve how efficiently your body is “harvesting energy, protecting against pathogens, and regulating host immunity.”

Another reason for eating more fiber is the impact it has on glucose metabolism. A review released via the European Journal of Clinical Nutrition assessed 34 previous studies that had investigated the impact of fiber from oats and barley. It concluded that after eating either grain, participants’ glycemic response was lower than those in the control group, suggesting that fiber helps keep blood sugar stable, even after eating a high-carb meal or snack.

Fiber can also prevent chronic conditions related to glucose metabolism. A study published in The Journal of Nutrition noted that high dietary fiber intake can reduce the risk of developing type 2 diabetes by 20 to 30 percent. The authors specified that insoluble fiber from cereal and whole grains had the greatest impact in this area.

Other studies have found a correlation between fiber intake and the reduced incidence of cardiovascular disease. A team from the University of Warwick in England wrote that “there is a significant beneficial effect of increased fibre on total cholesterol levels,” and other studies have shown that eating more soluble fiber from sources like black beans, brussels sprouts, and sweet potatoes can reduce the amount of LDL cholesterol circulating in your bloodstream.

A meta-analysis conducted by a duo of Dutch scientists found that eating more fiber reduces blood pressure and can help prevent the development of chronic hypertension. Widening the research lens, a paper published in The BMJ reported that “total dietary fibre intake was inversely associated with risk of cardiovascular disease and coronary heart disease.”

Over the past decade, the immune system has become one of the most promising branches of fiber research. Researchers from the University of Illinois suggested several ways in which increasing your fiber intake might bolster your immunity. These included helping your body avoid a state of chronic inflammation in which disease and conditions like arthritis flourish, protecting cells from the kind of toxins that contribute to Alzheimer’s and other types of cognitive degeneration, and increasing the production of substances that modulate your immune response to viruses and pathogens. “Soluble fiber changes immune cells from being pro-inflammatory warrior cells to anti-inflammatory peacekeeper cells,” study co-author Gregory Freund, M.D. told AARP.

Getting a Fiber Fix

The advice my father gave me all those years ago might sound like common sense, but according to a study published in The Journal of Nutrition, only three percent of Americans are getting enough fiber. The good news is that if you want a simple way to boost your immunity, protect your cardiovascular system, and improve your gut health, eating more fiber-rich foods is an easy win. Where should you start? Here’s what Justin L. Sonnenburg, PhD, associate professor in the department of microbiology and immunology at Stanford University School of Medicine and author of The Good Gut told Time: “All of the vegetables we’re encouraged to eat by our mothers and by the government guidelines, these are all filled with fiber, and filled with a diversity of fiber, and probably the best route for encouraging a diverse microbiota.”