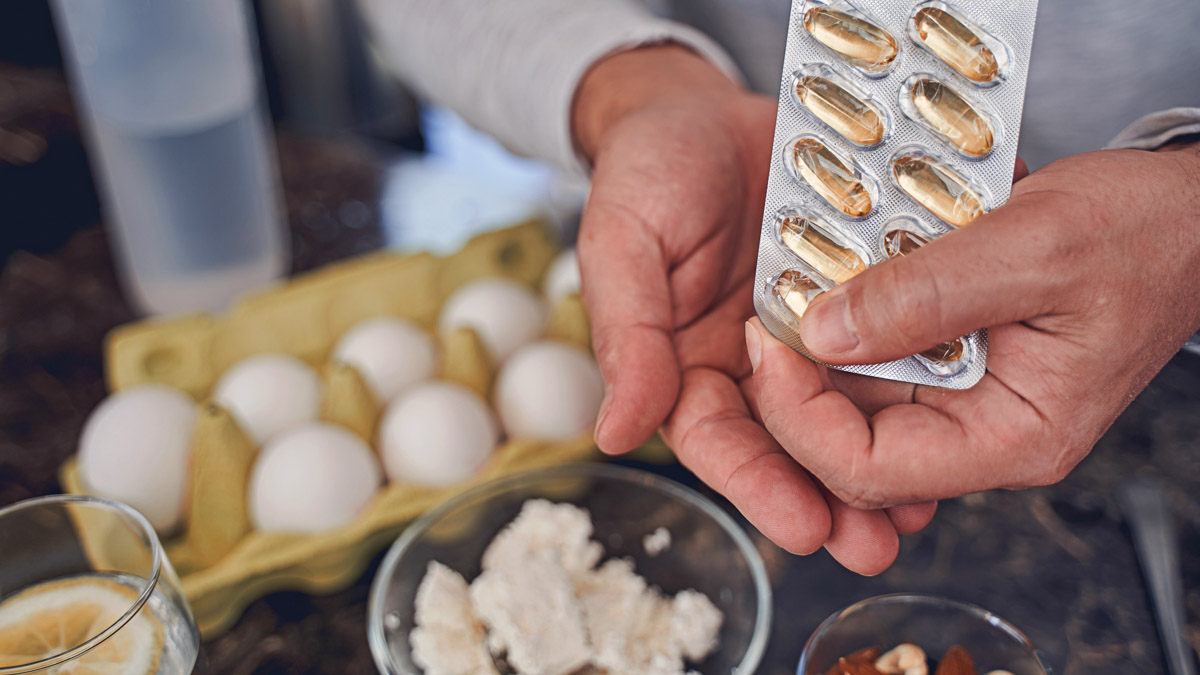 4 Evidence-Backed Supplements You Can Trust

The supplement market may be full of grandiose claims, but rest assured that these four are scientifically proven to benefit athletes.

According to the FDA, there are over 80,000 supplements currently on the market in the U.S. This number would be daunting enough, yet any purchasing decision is complicated by the bold marketing claims that adorn just about all of them. The trouble is that as long as the manufacturers attach a disclaimer (“These statements have not been evaluated by the Food and Drug Administration. This product is not intended to diagnose, treat, cure or prevent any disease.”), then companies can claim pretty much anything they want, whether or not it’s true. The aim of this article is to help you separate fact from fiction and identify four supplements that are evidence-backed to be safe and effective.

This is probably the most extensively researched supplement on the market. While you might have heard people say you can get all the protein you need from diet alone, this isn’t always the case — or at least it isn’t the full truth. Athletes burn more calories and need more protein than sedentary folks. While protein is usually associated with weightlifters and power athletes like football and rugby players, those who train and compete in endurance sports also need more of this macronutrient to repair the damage done during exercise, keep joints in tip-top condition, and ensure cellular health. Three kinesiologists from McMaster University in Canada suggested that “protein recommendations for endurance athletes are 1.2 to 1.4 g/kg body weight per day.” So if you’re a 110-pound woman, you’d need roughly 60 to 70 grams per day, while if you’re a 175-pound man, you might require between 95 and 111 grams.

A University of Connecticut review of 11 prior studies concluded that combining carbohydrates and protein during endurance workouts increased time-to-exhaustion, with an average improvement of 9%. A paper published in Nutrients revealed that consuming whey protein after exercise accelerated recovery and supported muscle repair, as shown by participants’ ability to perform various physical tests 10 and 24 hours after a hard training session.

Though whey protein concentrate is more cost-effective, whey isolate is typically higher quality and contains more protein per gram. If you’re allergic or sensitive to dairy, look for a plant-based supplement that combines sources to provide all nine essential amino acids.

Like whey protein, creatine is often considered to be a supplement that’s solely for people who spend most of their time strength training. While it is beneficial to this group, creatine can also prove useful in certain endurance scenarios in which fast bursts of speed are required. A study published in The Journal of Strength and Conditioning Research concluded that swimmers who supplemented with creatine consistently improved their performance in maximum-speed sprints. The International Society of Sports Nutrition’s position paper on creatine stated that of the several hundred peer-reviewed studies that have evaluated the supplement, 70% have shown some benefit in exercise performance.

A review published in Sub-Cellular Biochemistry stated that creatine supplementation increases the availability of glucose in muscle tissue, which suggests that it might help you maintain your energy levels during longer rides, runs, or swim sessions. Another study tracked the progress of cyclists as they supplemented with creatine for 28 days and then had them perform trials of varying duration and intensity. The researchers concluded that “submaximal oxygen consumption near the end of the two-hour ride was decreased by approximately 10%”. There’s a lot of hype about different forms of creatine, but you should opt for monohydrate as it’s the most heavily researched. A daily dose of three to five grams, depending on your bodyweight, will keep your phosphate reservoir topped up, and contrary to internet mythology, you don’t need to cycle on and off of it.

There is some recent evidence to suggest that fish oil isn’t the cure-all it was assumed to be, but there is still plenty of scientific evidence to support its efficacy, particularly if you don’t eat fish like mackerel, anchovies, pollock, and salmon that are high in both DHA and EPA. The authors of a review released via Research in Sports Medicine wrote that omega-3 supplementation “may improve endurance capacity by reducing the oxygen cost of exercise”. They also noted that it has been shown to speed recovery from exercises that emphasize eccentric contractions (i.e., those that require muscles to lengthen under tension).

You can find plant-based products that boast about their high omega-3 content, but don’t think that comparing these to marine sources is an apples-to-apples comparison, because it isn’t. A study conducted by researchers in the UK found that your body utilizes 15% or less of plant-derived ALA because it must first be converted into EPA and DHA.

When evaluating fish oil options, go with one that’s in the natural triglyceride form. Those that are ethyl esters might boast higher omega-3 totals but won’t be as readily absorbed. As with protein, don’t ever get caught up in a numbers race with your supplements, because purity, efficacy, and quality are more important. Also look for an omega-3 supplement that’s sourced from wild-caught fish, as farmed versions are often lower in nutrients.

You may think that collagen is just something your grandma has on her pantry shelf next to the giant tub of glucosamine, both of which help her poor old aching joints. Yet recent research suggests that collagen production isn’t just a concern for the elderly, but, in fact, begins declining between your late 20s and early 30s. If you’re a cyclist or participate in another non-impact or low-impact sport, you could be alright for a while longer. But if pounding the pavement or the trail is part of your regular routine, you’re dealing with an acute or chronic joint issue, or you’re bouncing back from surgery, your joint health and function might need a helping hand.

The best way to increase your collagen production is to combine high-impact training with a supplement that includes types I, II, and III, each of which is responsible for different functions in cartilage, joint structures, the extracellular matrix (ECM), ligaments, tendons, and more. In an interview with Laurent Bannock for the We Do Science podcast, University of California, Davis professor Keith Baar reveals that taking 15 grams of collagen with vitamin C 30 to 45 minutes before a training session involving jumping — whether that’s skipping rope, plyometrics, or pickup hoops with your kids in the driveway — increases collagen synthesis four-fold.

Before you add these — or any other — supplements to your daily routine, remember that any supplementation should be undertaken cautiously. If you’re unsure of the options, consult your doctor or a registered dietician so they can help advise you. Another safeguard is to only choose products that have been through NSF Certified for Sport® or Informed Sport testing. This will ensure that they’re batch tested for quality, purity, and efficacy and that the ingredients listed on the label are in the bottle in the stated amounts. Both of these certifications also give you peace of mind that what you’re about to take is free of banned substances and contaminants.