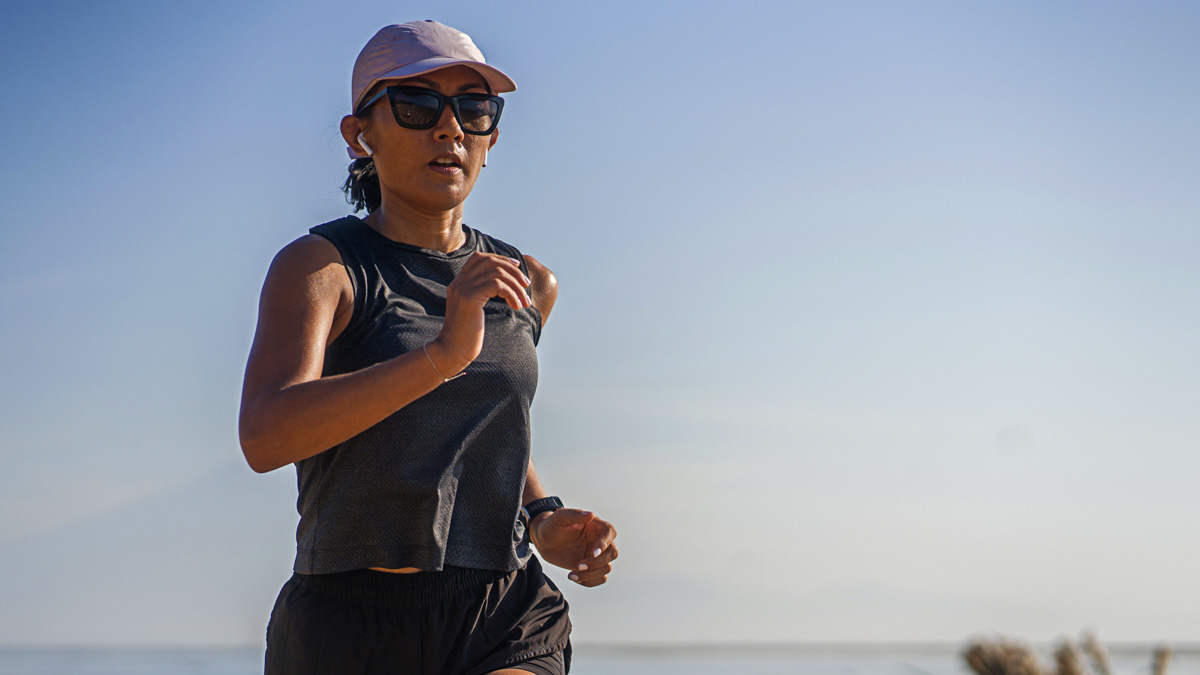 Increasing your muscle pain tolerance can put you ahead of the competition, both mentally and physically. Here are three “sufferfest” workouts to try now.

Endurance racing is painful. Whether it’s the slow burn of an Ironman triathlon or the acid bath of a 5K road race, each type of endurance event inflicts intense suffering in some form. Athletes who are better able to tolerate the discomfort that comes with competing have an advantage over those with a lesser tolerance. Former 5000-meter American record holder Bob Kennedy said it well: “One thing about racing is that it hurts. You better accept that from the beginning or you’re not going anywhere.”

The good news is that athletes can increase their tolerance of race pain through training. Research has shown that workouts that induce high levels of discomfort increase pain tolerance independently of their effects on physical fitness. In a 2017 study, for example, British scientists separated 20 healthy volunteers into two groups. For six weeks, one group engaged in an exercise program consisting entirely of high-intensity interval workouts (HIIT) while the other group did an equal volume of exercise exclusively at low intensity. Testing performed both before and after the six-week intervention revealed that although the two exercise programs resulted in roughly equal changes in aerobic fitness markers, members of the high-intensity group exhibited significantly greater improvement in a time-to-exhaustion test and, separately, in a test of pain tolerance. The researchers concluded that “the repeated exposure to a high-intensity training stimulus increases muscle pain tolerance, which is independent of the improvements in aerobic fitness induced by endurance training, and may contribute to the increase in high-intensity exercise tolerance following HIIT.”

As these findings indicate, athletes can expect their muscle pain tolerance to increase as a side effect of doing workouts they are likely to do anyway for their physical benefits. But it is possible to design workouts for the specific purpose of increasing pain tolerance. The most obvious way to do this is to build training sessions that are extremely difficult. The problem is that such workouts are very hard on the body, hence disruptive to the overall training process. A better approach is to perform workouts that induce high levels of discomfort in ways that don’t deplete the body to the same degree as an actual race. Three of my favorite formats for pain practice are long accelerations, stretch intervals, and open-loop progressions, described below.

Short accelerations lasting 10 to 20 seconds are commonly done by runners and cyclists as part of their warm-up. They are not intended to be painful and, thanks to their brevity, they aren’t. Long accelerations are another matter. Developed by French exercise physiologist Veronique Billat in the 2010s as a way to utilize the full metabolic toolkit within a single workout, long accelerations are also a great way to develop pain tolerance. They consist of gradual, continuous speed increases that start at a normal aerobic intensity and finish with an all-out sprint after several minutes.

Because they conclude with a maximal effort completed in a pre-fatigued state, long accelerations hurt. But they only hurt toward the end, and the total stress imposed by a long acceleration workout is relatively modest, as the bulk of each effort is spent in the moderate-intensity range. Here’s a slightly modified version of the format Billat came up with:

If you’re not quite ready for this much pain, test the waters with just two accelerations, starting with 3:00 and 6:00 and advancing to 3:00 and 11:00 and then 6:00 and 11:00. You can also find a running plan that balances long accelerations with lower intensity workouts here.

Stretch intervals are time-based high-intensity intervals in which you aim to cover slightly more distance in each repetition, the last of which is a maximal effort. An example is 5 x 2:00 at high intensity with 3:00 active recoveries. Normally, you’d aim to complete each interval at the same high (but submaximal) output. But when you convert this workout to stretch intervals, the first rep is done at a slightly lower output to leave room for four subsequent speed increases. The session as a whole, therefore, is neither harder nor easier than a traditional interval set, but those last two intervals — and the last one in particular — are “sufferfests”.

Virtually any workout featuring time-based intervals of uniform duration can be done in stretch format. Hill repetitions work especially well. It helps to have some way to mark the endpoint of each rep so you can ensure you cover just a bit more distance in each. I like to use brightly colored socks.

If you’ve ever done a VO2max test, you know what an open-loop progression is. Also known as graded exercise tests, open-loop progressions have no predetermined endpoint. You just keep increasing the intensity in fixed increments until you are no longer able to continue. Like any workout that ends in “failure,” open-loop progressions hurt, but as with long accelerations and stretch intervals, the real suffering is concentrated at the very end, so the actual stress imposed is quite reasonable.

It’s best to do open-loop progressions in a venue that allows for precise control of your output, such as indoors on a treadmill or wind trainer. All kinds of variations are possible, but it’s best to keep the stages fairly short (1-3 minutes) and the output increases small but not too small (15-20 watts on the bike, 0.2-0.4 mph on the treadmill). After warming up, start the first stage at a normal aerobic intensity and ratchet up from there, continuing until you can’t. Give yourself a minute or two to recover and then cool down.

In pain science, the term “pain self-efficacy” is used to refer to the belief in one’s ability to function normally despite pain. A slightly different kind of pain self-efficacy comes as a secondary benefit of practicing suffering in workouts. When you make the choice to do workouts like those I’ve described, you not only boost your pain tolerance but also come to see yourself as tough and courageous, which comes in handy when you find yourself deep in the pain cave in competition. You may curse me while doing long accelerations, stretch intervals, or an open-loop progression, but you’ll thank me on race day.